When critics of the concept of “basic economy” fares refer to them as “bad for customers”, they aren’t wrong. While basic economy fares can save airlines money, they actually end up costing passengers more in the long run. That’s because basic economy fares only offer limited access to the tools of the trade: seat upgrades, additional legroom, priority boarding, etc. But with all that out of the way, airlines are also able to gouge customers with hidden fees and charges.

A trip is rarely inexpensive, but a premium cabin is typically exorbitantly expensive. A number of airlines are introducing “basic business” (or “basic economy”) fares for travelers who want to cut costs, but at what cost?

Most business-class passengers can agree — the most basic fares are the worst. When business class tickets go on sale at full-fare prices, many people look to upgrade. It is not unusual to find those tickets sold out even weeks in advance, and at the last minute. Those who are willing to pay the premium for business-class service are rewarded with spacious seats, amenities and a higher level of service — but frequent fliers have to take a chance on the type of aircraft that will be used.

Emirates started selling business class basic fares last year. Qatar Airways has started limiting lounge access and seat selection on the cheapest business class tickets. And the latest newcomer to this game is Finnair, and the restrictions are absolutely relentless.

On some airlines, business class fares with lounge access cost twice as much as business class base fares. I don’t think the difference in rates will continue to be that great. Very few people will spend that much money to get into the show. They can spend a few hundred dollars more, as in the case of Finnair. (HT: One Mile at a Time) Selling business class seats in advance is a practice that British Airways has employed for years and that irritates premium class passengers (but British Airways has a near-monopoly at London Heathrow Airport and has tons of business class seats that it often sells at low prices, making this practice possible). What’s really interesting is whether airlines can use basic business class to generate more revenue. If basic economy class has prevailed and produced mixed results, business class will be much more difficult, and such a strategy is likely to cost the airline more than it will generate in additional revenue. Your cable bill will explain why.

Why the basic economy seems to work

Basic economics is not what most people think of. It’s not primarily a way to get customers to spend a little more on a ticket, maybe $20 for a one-way trip. It is a price discrimination tool – to segment business and leisure travelers. Traditionally, business travelers bought expensive tickets at the last minute, while tourists bought cheap tickets well in advance. This was made possible by the tariff structures. If a plane takes off with empty seats, they can never resell those seats. This is called inventory manipulation. And since there is virtually no additional cost to carry an extra passenger when the plane is already in the air (a little extra fuel, depending on the weight of the passenger on the bus), any money made makes sense. However, airlines do not want to sell tickets for less than the customer is willing to pay. So they try to set high prices for those willing to pay a lot, but fill empty spaces at low prices. They did it with:

These strategies have been eroded over time as low-cost carriers become more common and adopt other pricing strategies – one-way tickets for half the cost of a round trip (so there is no need to stay overnight on Saturday), cheap fares available at the last minute. The major airlines had to follow suit in order not to lose these extra sales, but following suit meant that business travellers could also buy cheap tickets. This harmed the revenue they received from their most profitable customers. Business travelers mostly agreed. Large companies do not ask their employees to book the cheapest basic economy fares. The airline can offer low fares with restrictions for travelers and higher off-base fares for business travelers. Today, of course, the number of business travellers remains very limited, especially on long-haul routes. Restrictions on bases have also been eased. With American Airlines, the only real restrictions remain that tickets cannot be changed and elite status credits cannot be earned. When United Airlines introduced basic economy in the pre-Soviet era, it cost them $100 million at the expense of customers switching flights. Today, United remains the strictest, refusing to allow basic economy passengers to check in via the app if they do not have checked bags, and not allowing these customers to bring full-size carry-on luggage on board.

In recent years, since the advent of Basic Economics, there has been a debate about the usefulness of Basic Business. For the most part, it wasn’t. However, it is important to consider how this can be achieved in light of changing consumer behaviour as airlines recover from the global pandemic and capacity returns faster than demand. So far, airlines have been able to maintain their traditional restrictions on deep discounts on business class fares, which set business travelers apart. Previously, cheap business class tickets had to be purchased about 50 days before the trip, which is not very convenient for business customers. Airlines do not require the Basic Business option. And the prices offered for the purchase of additional services associated with business class tickets were so high that they would likely have induced more people to purchase basic business class tickets, which would have reduced the airline’s overall revenues, which I will discuss in more detail in the next section. Once borders are reopened and international flights are added to the schedule, flight capacity is likely to exceed demand. It’s one thing for American Airlines or Delta to manage their schedules. The same is true when Emirates and Qatar Airways serve the same city and compete for passengers traveling to India and Pakistan through their Gulf hubs. And it’s a whole different story when Korean Air, Asiana, EVA Air, China Airlines, Japan Airlines, ANA and StarLuxe add competing flights for connecting passengers on the same US route – not to mention the return of Chinese carriers. In such a scenario, airlines are likely to have many empty seats, even if they use smaller aircraft as the Airbus A380 is phased out of production. Once they start flying, they will want to sell at low prices because the additional revenue will far exceed the marginal cost. And they’ll even want to do it up close before they leave. So how do you separate the customers who are willing to pay more from those who need a discount to attract customers? It’s hard. All traditional strategies have problems.

Either way, the choice is often not to spend $500 for lounge access on the road or to not have a comfortable place to wait. The client can use a waiting room for a fee. Many airlines offer day lounge passes for less. You can get a credit card with Priority Pass. Their elite status may entitle them to lounge access, even if their fares don’t allow it. Or they could take a small portion of the money and maybe eat better than what the restaurant lounge at the airport offers.

While the basic concept – the need to separate high-fare passengers from low-fare passengers to reduce the number of seats available without reducing revenue (so people who would pay more get their tickets at a lower price) – is fascinating, no one has yet figured out how to make it work.

Cable TV providers bundle channels instead of selling each channel separately, as this maximizes profits. The cost of adding another customer to access Fox News or ESPN is almost zero, so a strategy of bundled access makes sense. It is worth noting that even the new streaming TV providers are charging the same prices, even though they are designed from scratch. Let’s take a simple example.

The cable operator can sell sports and news channels for $99 each. Customer A buys sport, customer B buys information. And the cable company gets $198. If they instead bundle sports and news for $109, customers get both channels for a low price and the cable operator $218. The cable operator makes more money, and the consumer gets more channels that cost them more than they have to pay for. When the cost of providing a service is close to zero, bundling services is an obvious strategy to maximize profits. Therefore, with the growth of internet bandwidth on board, we wanted to include the internet in the price of the ticket (make it free). This was not possible if there were trade-offs between one passenger’s bandwidth usage and another’s – and this was a real problem when Delta was testing the free model. That’s why eight years ago I predicted that Wi-Fi on planes would be free within a decade (i.e. by 2023). People thought I was crazy, but the logic was right. Placing hand luggage in the overhead baggage compartment instead of in the overhead baggage compartments, granting access to a lounge already operated by the airline, and providing food and beverages to passengers travelling business class simply do not require significant additional costs. If adding a customer to the space costs $50 and some customers value that access at $75 and others at $300, charging $250 will result in customers not coming in and getting the $75 to $249 they would have been willing to spend. This will cost the airline revenue.

Last week, Delta Air Lines received a lot of press for its decision to charge extra for basic economy. The move came as part of an ongoing effort by airlines to generate more revenue, and it was met with criticism by consumers and travel experts alike. There is no doubt that airlines are facing a steady decline in profits, and many have been forced to cut back. That said, adding more money to the bottom line is the last thing some consumers want to see.. Read more about business class opens to masses and let us know what you think. 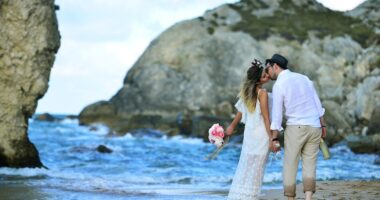 Destination weddings are becoming increasingly popular, and for good reason. Planning a…

After the success of a 132-day cruise that sailed from Sydney, Australia…