The crew was awakened at about 9:00 AM with a boat horn blast, and they were greeted by a giant outboard motorboat and a man wearing a “We got a lot of gas for the generator!” t-shirt. After fueling up, the group boarded the carnival’s second boat, the “Sunset Sunset”, which was an easy ride to the Carnival Horizon, our first destination for the day. As we made our way toward the port, we noticed a phalanx of cruise ships in our path, which makes for an awesome photo op.

After a busy day at sea, we were on our way for lunch. I couldn’t wait to see what the Carnival Horizon had to offer and that is where the problems started.

There comes a time in every cruise when you wake up one morning and realize you’re halfway there. You have fewer days on the ship in front of you than behind you.

When this thought occurred to me this morning, I was working out at the gym. In my head, I immediately started making lists….. You know what it is. What should I do before I leave the ship? Where would I like to eat? Should I eat two Guy’s burgers today because I can’t eat any more before I get home?

After I was done in the gym, I took a little walk around the ship. For about 8 seconds I considered going for a swim or down one of the water slides, which was a weird thought. I love being on the water, but I don’t like swimming pools and water slides. Of course I do, especially if it’s something new or if I’m with people who want it.

But I’m the kind of cruiser who doesn’t really care about all those bells and whistles. I try things like SkyRide – and I’m really looking forward to going on BOLT, the Mardi Gras upper deck roller coaster, later this month. But like me, I’m someone who just likes to be on the boat and doesn’t need all the extras.

Sometimes I wonder if that’s the difference between the old school cruisers and the new generation – cable cars, race tracks and roller coasters. But, as those in charge of cruise lines like to say, everything comes together to make a cruise the kind of holiday where there is something for everyone. You can do all these things if you want… or you can do nothing at all.

Anyway, all this wandering around and thinking made me hungry, and it was time for one of my favorite nautical days on the Carnival ship, Sea Day Brunch. Although you can just walk in and wait for a table, we decided to use the HUB app to see how well it worked. We entered the number of people in our party, said we wanted to eat right away, and a few minutes later the app told us our table was ready.

Earlier this week I mentioned that the HUB app makes navigating the menu pretty easy. Even before we sat down to dinner, I had already looked through everything and found exactly what I wanted…..

… Burger Voyage. And because you never know when you’ll have time to eat again (and prevention is better than cure), I also ordered fried chicken.

I admit that I miss the good old Sea Day brunch, with its fiery tomato soup and grain-filled French toast. Oddly enough, it was more in keeping with the idea of brunch at the Merry Ship. I mean, nothing is funnier than a menu that says: You have to do as much as you can or go home, and since you can’t go home, you can do as much as you can! It was still a good brunch, and there’s a lot on the menu.

Later that afternoon I went to a military event. If you have read my previous trip reports, you know that I try my best to never miss this event and always recommend it to others. I know it’s easy to forget that with everything going on on the ship, especially on a sea day. But it is impossible to describe how moving this event is and what it means to every member of the military – past and present – when we, the people they fought to keep safe, take a moment to listen to their stories and, more importantly, express our gratitude.

I also attended the diamond and platinum valuation session. While not as serious as military appreciation, I know people appreciate the cruise line acknowledging their loyalty. I was always amused by the part where the captain and various crew members come out to say hello. Sure, it’s a nice gesture, but it’s still a bit of a dog and pony show, and I think it is to some extent.

And yes, people have complained about the loyalty gift in the form of a luggage tag. My favorite moment was when a woman, after hearing her fellow traveler complain about a luggage tag, turned to her and apostrophized: Edith, you haven’t paid for any of the last four cruises, so I’m not sure you deserve that luggage tag! (The names, as they say, have been changed to protect the authors).

I knew I had a lot of work to do – travelogues don’t write themselves, you know! – So I had a drink, watched the alarm clock for a few minutes (is there anything more hypnotic on this planet?) and then went back to my room to look at the hundreds of photos I had taken this week. Oh, and of course we stopped to grab a bite to eat at Guy’s Burger.

You know why I go to the gym every morning? I mean, it’s easy to see why people joke about gaining 10 pounds every time they go on a cruise. If I ate like this every day at home, I’d have a big problem….. The emphasis is on importance.

You would think that I would have gone straight from Guy’s to the main dining room, but you have to imagine that there was a three or four hour break while I was working. We also had a pre-dinner drink in the atrium. But now, without further ado, let’s go eat at …..

The first course was a delicious pumpkin soup. I can’t remember if I’ve ever tried pumpkin soup, but I’ll definitely try it again. It was the perfect appetizer, followed by crab cakes…..

… and filet and vegetables.

I was going to skip dessert, but then I realized I hadn’t tried one of my favorite dishes of this trip, the Grand Marnier soufflé. Remember when I said at the beginning of the trip report that I had reached the point where you start thinking about what you haven’t done yet? Well, that makes it better.

After dinner I walked around the boat for a while, taking in the sights and sounds and observing the people. Tomorrow is the first of two consecutive days on Half Moon Cay, Carnival’s private island, and once again my travel agent has prepared something special. But that’s for tomorrow’s report…..

Check out my other travel reports on the Carnival Horizon! 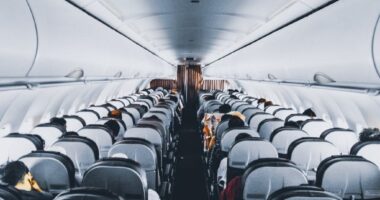 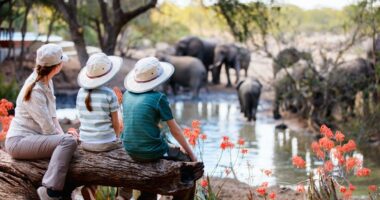 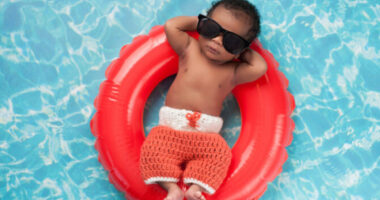