Home Hawaii Residents: Tourism Is Worth All the Issues

Hawaii Residents: Tourism Is Worth All the Issues

On December 3, 2018, Hawaii Governor David Ige signed into law a $35 million bill that would provide up to $9 million in direct state funding to a local tourism marketing campaign promoting the state as a travel destination.

For some reason, the state’s tourism industry seems to be a magnet for controversy. Despite the fact that Hawaii’s transportation infrastructure is at a breaking point, the state is still a popular tourist destination. But the tourism industry has been mired in controversy since the early 2000s, and the state has recently taken a beating from anti-tourism groups.

Hawaii is one of the world’s most popular and coveted vacation destinations, and is so because it offers a wealth of interesting natural and cultural attractions. If it wasn’t for the tourists it would be a pretty dull place. It’s a popular destination for tourists, but the locals are not always happy with the tourists that come with them and the tourists usually take advantage and overstay their welcome. Here are some of the issues Hawaii has to deal with as a result of tourism.

Bring on the tourists!

That’s what the majority of Hawaii residents say, despite whatever issues might come with it.

The Hawaii Tourism Authority (HTA) released the results of its Spring 2023 Resident Sentiment Survey during its June Board of Directors meeting this week and found that while many are concerned with the visitor industry’s growth, the majority of Hawaii residents believe that tourism is worth the issues associated with it.

Residents were asked a variety of questions, including:

– “In 2019, visitors spent nearly $18 billion in Hawaii, which produced $2 billion in state tax revenues to support local schools, hospitals, and infrastructure. Do you think tourism is worth the issues associated with the industry?”

Ironically, when broken down by demographics, the highest percentage of respondents who said they do not think tourism is worth the issues came from residents 18-34 years old and those who have lived in Hawaii for less than one year.

– Residents were also asked questions regarding overall tourism management efforts, and the results were mixed. Just under half (44 percent) of statewide residents provided a positive (i.e., rating of 6 to 10) or “don’t know” rating in their agreement that “I feel like tourism is being better managed on my island.” Of the four counties, those on Kauai had the highest percentage of positive responses (46%) to that statement.

– The survey results also revealed what is most important to residents when it comes to specific tourism management strategies. The highest percentage of residents said that it is extremely or somewhat important to educate visitors and residents to malama – or take care of – the islands and each other (88 percent), to eliminate illegal vacation rentals on my island (76 percent), and to charge visitor access fees to state parks and trails (71 percent).

– Regarding overall resident sentiment towards tourism, the survey found that initiatives that grow the economic and quality of life benefits of tourism, integrated with managed tourism efforts, can help to improve resident sentiment the most. When compared to the 2023 survey results, fewer residents felt that the tourism industry creates many well-paying jobs or jobs that have opportunities for advancement. Fewer residents also felt that the tourism industry enhances residents’ quality of life.

Hawaii will reduce COVID-19 travel and gathering restrictions once its latest vaccination goal is met on July 8, which will likely lead to even more tourists visiting the islands in 2023.Hawaii has always been a leisurely vacationland, but lately, the population of visitors has strained local infrastructure and put a strain on the community’s services. The fact is, there’s something sacred about Hawaii: its people and the island itself. However, if we’re going to keep the beaches and the cultural sites for future generations, we’ll need to ensure we’re providing a safe and stable environment for everyone.. Read more about newspapers in hawaii and let us know what you think. 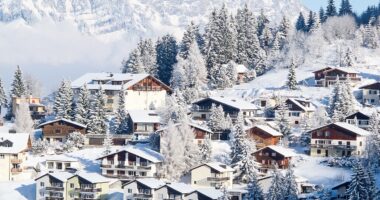 While Switzerland is most well-known for its ski resorts, the country is…