Home JetBlue Partners With American, But Wants You To Know Their Product Is Much Better

JetBlue Partners With American, But Wants You To Know Their Product Is Much Better

JetBlue, the famously budget airline that’s known for its quirky ads and commercials, has partnered with American Airlines to offer their customers a travel experience that is much more luxurious than what they’re used to.

JetBlue is a low-cost airline that operates out of New York’s JFK Airport. They are partnered with American Airlines, but they want you to know their product is much better.

JetBlue has partnered with American Airlines, but they want you to know that their product is much superior.

American Airlines and JetBlue have teamed up, allowing customers to earn points and status by flying the other carrier, as well as codesharing on flights from New York and Boston.

With issues allocating seats, earning miles, and communicating baggage costs, the collaboration is off to a shaky start. The government is trying to put a halt to it months after it was approved.

When selling a codeshare trip on JetBlue, American may now allocate seats to consumers. The two airlines are gaining a foothold in each other’s markets. This autumn, reciprocal elite perks will be available. JetBlue, on the other hand, wants to make sure that consumers realize that its in-flight service is superior. As a result, they’ve updated their website to make this more apparent.

The next hurdle for JetBlue Airways in its collaboration with American Airlines is ensuring that passengers know whose aircraft they will be flying on.

In an interview this week, JetBlue’s President and Chief Operating Officer Joanna Geraghty said the airline is redesigning its website to more explicitly call out amenities like as free Wi-Fi and refreshments, as well as its business class, Mint, for jointly booked trips.

“Transparency removes ambiguity,” added Geraghty. … She noted that the makeover would take many months and will likely contain bullet points to highlight what each flight has to offer.

JetBlue used to be a much superior airline. They’ve gradually deteriorated over the last decade. However, they continue to provide,

When a client buys a JetBlue flight on the JetBlue website, they expect the JetBlue product. It will be startling to have to pay for internet, have less legroom, and have no seatback television. It also runs the danger of damaging JetBlue’s brand. If there’s one thing they’re renowned for, it’s their TVs from when they went all-in on live television 20 years ago.

Of course, although I believe the JetBlue-American partnership will increase competition in the Northeast (making them more competitive versus United and Delta), codeshares provide little value to customers.

JetBlue is merging with American Airlines, but they want you to know that their product is much better.

Which airline is better JetBlue or American Airlines?

JetBlue is a better airline because they provide more services and have better prices.

Did American Airlines and JetBlue merge?

Who are JetBlue partners?

JetBlue partners are people who have purchased a ticket on JetBlue Airways and they will be given priority boarding. 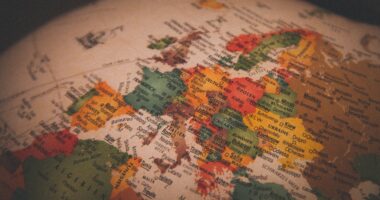 When it comes to travel, there are a lot of factors to…

I started working for carnival in August of 1983. I did not… 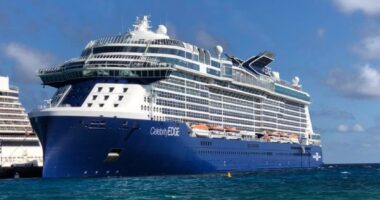