Your next vacation could be aboard a luxury cruise ship—and the experience may be as unique as the vessel itself. With a stylish and serene ambiance and a wide range of amenities and facilities, Silver Moon offers a choice of five-day and four-day itineraries.

Silver Moon is a new luxury ship embarking on a new journey. With a name so evocative of art and beauty, it promises to be a vessel of the most sophisticated design, innovation and luxury.

After all of the hype that surrounded the launch of the (luxury) cruise line Silversea Cruises, what can you say about its flagship ship, Silver Moon?  It is absolutely stunning in every way, and the level of service and variety is unmatched.  From the moment you step aboard, you are greeted with the warmest of welcomes (the (luxury) cruise line’s signature touch is to make you feel like one of the family) and treated like royalty.

Have you ever been to a location that has an attractive familiarity to it but then find amazing new things about it? That’s how I felt stepping down the gangway and onto Silversea’s newest ultra-luxury ship, the 596-passenger Silver Moon, moored in Piraeus, Greece, in late July.

It has a lot of the same aesthetic as its sister ship, Silver Muse. While the general layout, light-and-airy interior, and corridor carpets (with those appealing green swirl accents) will be recognizable to frequent cruisers, this baby has its own style and new areas, which were mainly developed for the line’s new S.A.L.T. (Sea and Land Taste) culinary program’s debut.

The 40,700 gross-ton Silver Moon, built by Fincantieri in Ancona, Italy, is currently operating seven- and 10-night Greek Isles cruises roundtrip from Piraeus, Athens’ port. The ship will begin conducting trips between Greece and Italy in September.

The Silver Moon has arrived at Rhodes, Greece.

This is the first of many upgrades, and it’s about the pre-boarding procedure and the ship’s new hardware.

The Intercontinental Athenaeum Athens, a pleasant, premium facility, was our pre-cruise hotel accommodation, provided through Silversea. The front desk personnel was very helpful, and the hotel provided a pleasant pre-cruise stay that included breakfast. My hotel room was very large, and the hotel was not overcrowded.

A beautiful outdoor rooftop restaurant and bar was one of the hotel’s standout features. Even if you aren’t eating there, don’t miss the chance to go upstairs to that restaurant. It’s a wonderful place to photograph the old Acropolis of Athens, especially when the sun sets or after midnight.

Silversea provides luxurious motorcoach transportation to the Piraeus dock for embarkation on boarding day. Guests enter a big, white outdoor tent upon arrival, where they must show their passports before proceeding to another checkpoint within the tent for further document inspection and completion of a health form.

Then it’s “out the other side” to a COVID-19 testing area for an antigen nasal test and a waiting room. Guests are assigned a number for their test, which is shown on a big screen once the results are in. When my number was called, a nurse came over to inform me that I was negative and to ask for my vaccination card, which she confirmed on a piece of paper that she signed.

The procedure is said to take less than an hour on average, and it took much less while I was there. I went next door to the cruise port after I was cleared to leave the tent. After that, I went through the standard security check for people and hand baggage. I walked from the back of the terminal to the pier in record time, and then it was only a short walk to the ground-level gangway.

It was a wonderful sensation to hear, “Welcome Aboard.” I went to reception with a pleasant crew member and got my key card, after which my butler was sent to take me to my room.

READ MORE: Seabourn Ovation, A New Luxury Option, Will Be Based In Miami This Fall

On Silver Moon, there’s a lot going on right now.

What will visitors discover when they board Silver Moon this summer and autumn in terms of “hardware”? The most significant hardware changes, without a doubt, reflect the launch of Silversea’s new S.A.L.T. (Sea and Land Taste) culinary program, which was created by Barbara Muckermann, the line’s chief commercial officer, and Adam Sachs, a culinary journalist and former Saveur Magazine editor in chief.

In my third article, I’ll go into more depth about that fascinating new program, including recipes and pictures of meals and beverages. But first, let’s take a look at what’s occurred in terms of “hardware” with this new ship’s design and public spaces.

Guests traveling on Silver Moon will discover the new S.A.L.T. Lab, which offers hands-on cooking courses, on Deck 4, in the area where Teppanyaki is situated on Silver Muse.

Silversea has installed a new eating facility, S.A.L.T. Kitchen, on Silver Moon in the same area of Deck 4 (where Silver Muse’s fine dining French restaurant, La Dame, is situated). This restaurant specializes in the regional food of the sailing area, but it also offers daily menus that represent the location visited that day.

Fans of La Dame need not fret, as Silversea merely relocated and expanded the famous fine-dining restaurant on Silver Moon. As a result, it now has about 60 seats, compared to the 24 on Silver Muse.

On Silver Muse’s Deck 8, the popular and cheerful Arts Café has taken over the area formerly occupied by La Dame.

The Connoisseur’s Corner cigar lounge has also been relocated immediately behind the Arts Café. Guests on our cruise enjoyed the inviting outside space, which had an outdoor fireplace, and said it was a great place to unwind with a drink and a cigar.

Guests sailing aboard Silver Moon will also notice an expanded gym and spa, which has been extended toward the stern (compared to Silver Muse). Furthermore, some Silver Moon cards have greater height.

Now that we’ve set the scene, stay tuned for further articles on the Silver Moon, including one about the ship’s rooms, particularly #931 — an accessible Silver Suite. A second article will go further into S.A.L.T., and a third will cover all meals, onboard activities, and other topics.

READ NEXT: A Cruise Line Plans to Convert a Luxury Ship Into An Expedition Ship

Where is Silversea Silver Moon now?

Silversea Silver Moon is currently docked in the port of Miami, Florida.

How old is Silver Moon ship?

What is a silver moon?

A silver moon is a type of full moon that appears to be made up of silver light.

As the CDC has made clear, the only way to stop an…

Everyone wants to be on a cruise ship. It’s a dream vacation… 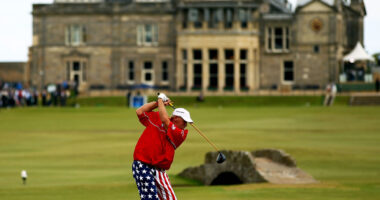