Spirit Airlines will resume service to and from Orlando International Airport with the addition of nonstop flights. The first flights will depart at 7 p.m. on Tuesday, June 26, and return on June 27. Flights are scheduled to be available on a daily basis.

Spirit Airlines, based in South Florida, is responsible for resuming air traffic at Orlando International Airport (MCO). The goal is to offer more than 80 daily departures from MCO by the end of 2023.

South Florida-based Spirit Airlines today unveiled its most comprehensive schedule from Orlando. New domestic flights to the US were introduced, as well as new routes to other international destinations.

Spirit now offers customers about 20 more flights per day and 10 new destinations than at the same time two years ago, and operations in Orlando will be 45% busier than they were at the end of 2019 after new and revamped routes are activated.

Spirit’s recent expansion at Orlando International Airport has made it the largest international airline at the airport and the second-largest airline overall, creating additional jobs on and off the airport.

From 2023, 16 new fuel-efficient Airbus A320neo aircraft will be added to Spirit’s Fit fleet, one of the youngest in the industry; the airline also plans to introduce a further 21 new aircraft next year.

Today is the last day! It’s been a fantastic week of lectures,…

On December 3, 2018, Hawaii Governor David Ige signed into law a…

Anguilla has been declared free of the Zika virus, and it is… 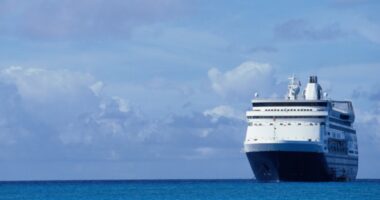 In 2023, we can expect more and more blockchain-powered travel experiences to…