Home Odyssey of the Seas Prepares For Inaugural Cruise

Odyssey of the Seas Prepares For Inaugural Cruise

The newest and largest ship in Royal Caribbean has finally arrived!

Fort Lauderdale, FL – The Royal Caribbean International mega-ship called the Odyssey of the Seas, is preparing for its inaugural cruise to the Caribbean. The ship is expected to depart from Port Everglades, Florida, on December 15, 2013.

The Odyssey of the Seas will finally take sail on her maiden trip on Saturday, July 31 after many difficulties and delays.

Tomorrow, the Quantum Ultra-class ship will set sail from Port Everglades in Fort Lauderdale on an eight-night southern Caribbean trip, starting off a season of six and eight-night cruises to the western and southern Caribbean. Aruba, Curaçao, and Perfect Day at CocoCay will be among the ports visited on the maiden voyage.

Starting in August, regardless of immunization status, all 5-night Royal Caribbean cruises from Florida will need a negative COVID-19 test performed no more than three days before to embarkation.

Although Odyssey’s first sailing isn’t until July, Royal Caribbean has included that trip in this testing requirement. Because the adjustment is so last-minute, Odyssey travelers who were unable to be tested before leaving home would be able to do so at a separate terminal at the port.

Because the Odyssey of the Seas sails from Florida, it is unable to compel passengers to be COVID-19 vaccinated. However, the line clearly implies that all eligible passengers are vaccinated, and those who aren’t are subjected to further testing and limitations.

Passengers aged 12 and above who have not been vaccinated or who refuse to show evidence of vaccination will be subjected to further testing at the terminal before boarding and aboard the ship before disembarking at their own cost. On sailings of six nights or longer, a mid-cruise exam will be conducted.

These tests will be needed of children aged 2 to 12 who are not eligible for the vaccination, although Royal Caribbean will pay the expense. Children under the age of two will not be required to get tested.

The Odyssey of the Seas has arrived at Port Canaveral, Florida.

Unvaccinated passengers sailing from Florida must show evidence of travel insurance that meets certain criteria at least until December 31, 2023.

Some locations and activities on board may be limited to vaccinated people only, or some time periods will be reserved exclusively for vaccinated passengers.

The world’s largest cruise ship is now ready to kick off a cruise to the Caribbean and South America. The 787-foot, 1,128-passenger cruise ship will be taking its first cruise with more than 1,600 passengers during the inaugural sailing. The cruise will leave out of Miami on Friday, March 23, and return on Saturday, March 24. On board the ship, guests will enjoy several different activities, including a high ropes course, rock climbing wall, spa treatments and private dining experiences.. Read more about odyssey of the seas maiden voyage and let us know what you think. 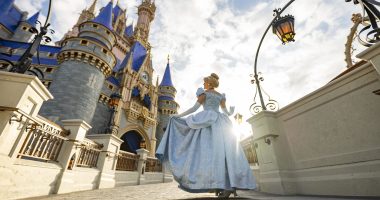 Planning a vacation can be a daunting task, but with the help…

We were up before 7:30 this morning, heading out deck six at…

You’ve heard it before: the best way to get a good deal…